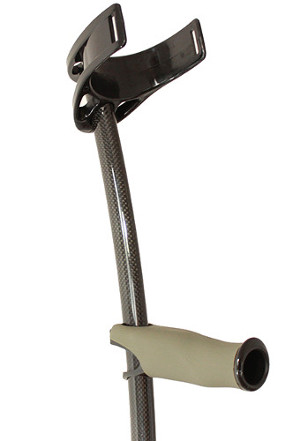 carbon crutches, a piece of art.

Producing a pure carbon fiber frame for a crutch is kind of an art.

Carbon fiber is a fabric that can be adquired in thin layers of 0.1mm or 0.2mm. So, to achieve a tubular frame for a crutch with a wall thickness of about 1mm you must carefully cut and pile several layers of this fabric in a mould. 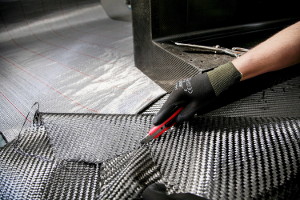 Moulds to produce carbon crutches usually are made of aluminum, and them must have the exact shape of the tubular frame. The frame must be divided into two parts, left and right side of the frame, so a two-parts mould is required for one carbon crutch frame.

Once the mould parts have been interconnected, there must be applied pressure inside the mould to force the carbon fabric to perfectly match the mould shape. Pressure can be applied by air or foam.

At the same time we keep the pressure inside the mould, we must put the mould inside an oven to apply heat and properly cure the epoxy of the fabric.

Finally, after a few hours, we can separate the two mould parts and stare at a beautiful and perfect tubular carbon frame, that indeed, is a small piece of art.